Over the last century, education has become a large part of the economy. The rising younger population across the world has also contributed to the rise in demand for education from more number of students. Millions of students graduate from high school and colleges every year. Thousands of them go onto apply for graduate or master’s programs all over the world. However, it can get very tiring for universities to evaluate every student who applies to their college. Hence, these colleges use international standardized tests such as GMAT, GRE, SAT or ACT as a part of the admissions and applications process. These provide the universities with one common data point to measure all its applicants. Some universities may have their own entrance tests, wheras most accept a universal test score such as SAT or GMAT.

Let’s have a look at some of the generic tests that may be required to pursue a higher education from abroad.

The SAT or Scholastic Assessment Test is one of the most basic international admissions tests in the world. It is designed as a standardized admissions criteria for undergraduate courses in USA, Canada and some other countries. Any student from any background can appear for an SAT exam. The SAT comprises of english and maths to test a student’s verbal and logical capability. The test is three hours long and is for sixteen hundred marks.

The ACT is another test just like the SAT and is also used for undergraduate colleges in USA and Canada. However, an ACT has four sections, namely math, science, reading and english. The average of the marks received in all 4 sections is the final score. The score ranges from one to thirty six. There aren’t many differences between an SAT and ACT. However, students who do not have a science background tend to be more comfortable appearing for an SAT over an ACT.

The GMAT or Graduate Management Admissions Test is a test taken to apply for business schools. Admissions into the MBA program at most schools require a good GMAT score. The GMAT assesses a student’s english, arithmetic, statistic and quantitative capabilities. The GMAT is different from other exams. It’s an adaptive examination where the questions change based on your answers. For every correct answer the computer shall ask a harder question to the candidate. And an easier question if the previous answer is incorrect. GMAT has a score scale of 200-800 points where 800 is the maximum one can score.

The GRE stands for Graduate Record Examinations. It is a basic test requirement by many graduate schools across the world. The GRE is a requirement for admissions into Master’s programs in science, business, doctoral, J.D or other degrees. The GRE consists of three sections – Verbal reasoning, quantitative reasoning and analytical writing. An advantage of appearing for a GRE is that the candidate can change their answers. The candidate can also skip questions (and come back to them later) within a section making it possibly easier than a GMAT.

Still confused which international standardized tests are relevant for you? Reach out to us at info@lilacbuds.com to understand what’s most suited for you in your higher education aspirations. We have also helped many students access the top tutors in India to support them in their test preparation. Book a free demo class with tutors through us! 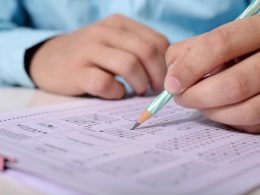 Every year, thousands of applicants attempt the GMAT exam to get admission into the top management and business…
byKaran Sharma 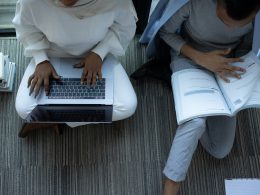 While the Covid-19 pandemic has impacted the world, it has also helped many people realise the comfort of…
byPriyal Jhaveri 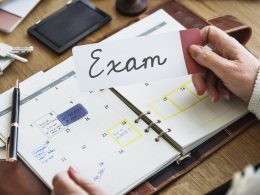 SAT, which is an acronym for Scholastic Assessment Test, is one of the most crucial exams to be…
byKaran Sharma 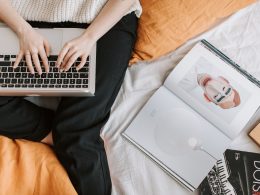 GRE Syllabus. What is a good GRE score

The Graduate Record Examination, or the GRE, is required to apply to various master’s college applications. The GRE…
byPriyal Jhaveri

Our brand name signifies the celebration of higher education. Lilac flowers are a traditional graduation gift. We work with budding superstars for a better future.